"This is Me": From Jack Johnson to Muhammad Ali 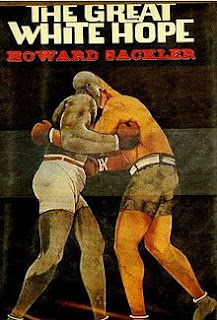 Muhammad Ali's passing has triggered an avalanche of commentary on his life and significance. I have written some stuff here and there on him. But I'm no expert. Not even close.

Gerald Early, on the other hand, is an expert among experts. So if you read nothing else, check out his op-ed over at the Washington Post, "Three facts essential to understanding Muhammad Ali." He concludes:


What we should remember Ali for is his will to win, his willingness to defend his ideas publicly against considerable opposition, and his acceptance of his flaws and his twilight as a pummeled god. We should all wear our scars with such glorious indifference to the cost of doing life’s business.

Early with the KO.

What strikes me about the trajectory of Ali's career is how iconic moments at the Olympics give us suitable bookends. On the one end, we have 1960 when he won gold at Rome. And then, there is 1996 when he lit the flame in Atlanta.

What happens in between, well... that's what makes both of these moments all the more significant. For me, the story that always draws my attention is the connection between Ali and his most infamous predecessor, Jack Johnson.

Yes, they had similar styles, both in and out of the ring. But when Ali went to see The Great White Hope... OK, I'll stop here and let James Earl Jones tell the story.

I'm traveling through Wednesday, so no blogging until Thursday. Hopefully my first post back won't be filled with self-loathing.