Satire for the End of the Semester 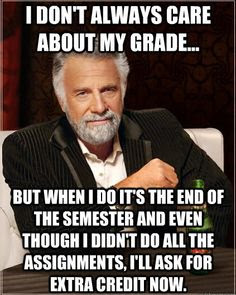 My wife recently sent around an email to her colleagues that was something of an Irish blessing for teachers during finals.


May all of your essays grade themselves,
May every student receive their final grades with acceptance and appreciation,
And may all of your assessments close every loop.

Indeed, satire seems most fitting for this time of year, as we all collapse across the finish line and hobble onward to graduation and summer break.

To this end, here are some of my favorite satirical bits for this special time of year...

"I Would Rather Do Anything Else Than Grade Your Final Papers," McSweeney’s


Dear Students Who Have Just Completed My Class,

I would rather do anything else than grade your Final Papers.

I would rather base jump off of the parking garage next to the student activity center or eat that entire sketchy tray of taco meat leftover from last week’s student achievement luncheon that’s sitting in the department refrigerator or walk all the way from my house to the airport on my hands than grade your Final Papers.

I would rather have a sustained conversation with my grandfather about politics and government supported healthcare and what’s wrong with the system today and why he doesn’t believe in homeowner’s insurance because it’s all a scam than grade your Final Papers. Rather than grade your Final Papers, I would stand in the aisle at Lowe’s and listen patiently to All the Men mansplain the process of buying lumber and how essential it is to sight down the board before you buy it to ensure that it’s not bowed or cupped or crook because if you buy lumber with defects like that you’re just wasting your money even as I am standing there, sighting down a 2×4 the way my father taught me 15 years ago...


Leon Rothberg, Ph.D., a 58-year-old professor of English Literature at Ohio State University, was shocked and saddened Monday after receiving a sub-par mid-semester evaluation from freshman student Chad Berner. The circles labeled 4 and 5 on the Scan-Tron form were predominantly filled in, placing Rothberg’s teaching skill in the "below average" to "poor" range....

The poor rating has left Rothberg, a Rhodes Scholar, distraught and doubting his ability to teach effectively at the university level.

"Maybe I’m just no good at this job," said Rothberg, recipient of the 1993 Jean-Foucault Lacan award from the University of Chicago for his paper on public/private feminist deconstructive discourse in the early narratives of Catherine of Siena. "Chad’s right. I am totally boring." ...


Unable to contain their emotion when they heard the account name called aloud by the college provost, a group of teary-eyed Sallie Mae student loan officers proudly looked on Monday as their $200,000 balance sheet asset graduated from Emory University, witnesses confirmed. “It’s been absolutely amazing to watch our revenue stream grow right before our eyes,” said smiling collections officer Robin Black, explaining that, looking at the impressive figure now, she could hardly believe their future series of principal and interest payments was only $50,000 just four years ago. “This is such a big milestone, but to be honest, it’s really just the beginning. We’re all looking forward to seeing how our beloved asset progresses now that it’s going out into the real world. Who knows where it will be 15 years from now?” The student loan officers went on to express their hope that they’d one day be able to see their source of profit go to law school. ...


Following Ohio State’s 42-20 victory over Oregon in Monday’s inaugural College Football Playoff National Championship, graduating seniors from both teams were admittedly somber after being financially exploited on the field for the last time in their collegiate careers. “I don’t think it really sunk in until after the game ended, but it’s hard knowing this was the last time I’ll ever go out there and be completely taken advantage of by an incredibly wealthy institution earning millions upon millions of dollars whenever I play,” said senior Oregon center Hroniss Grasu, who was visibly saddened when describing his final appearance as a pawn used to make enormous profits for his coaches, school officials, and the NCAA without earning a single cent in return. “You never think the day will come when you won’t be able to sacrifice your body on Saturdays for no pay whatsoever while your school generates incredible amounts of money off your back. I’m just glad I really cherished it while it lasted.” Grasu added, however, that he is excited to play in the NFL next season, where his contract can be immediately voided as soon as he suffers a career-threatening injury. ...


"9 Tips To Help You Power Through Finals Week," Clickhole


1. Learn a lot about metal: Metal is one of the most common substances on earth, so it’s bound to play a role in your finals week exams. Knowing everything there is to know about metal can give you the few extra points you need to beat the curve!

2. Use mnemonic devices to remember complex concepts: Here are a few common ones to get you started: LDSTRH6K2U, LINCOLNWASAPRESIDENT, and COLDWAR&&&CSLEWIS. Good luck!

"This Woman Had Such A Clever Phrase Written On Her Graduation Cap, She Still Wears It Every Day 5 Years Later," Clickhole


With over 9,000 students graduating each year at Michigan State University, it’s easy to get lost in the crowd. So when Amy Meyers graduated back in 2011, she made a spur-of-the-moment decision to stand out in the crowd by writing a clever phrase on her graduation cap. Then something awesome happened: Her witty cap got such a good response from friends and family that, five years later, Amy still wears it every day. Now that’s graduation done right!

Ask anyone at the biotech company where Amy, now 27, works as a data analyst, and they’ll tell you that Amy’s “Will Work For Ramen” mortarboard is a fixture in meetings, the break room, and at all company functions. Amy and the clever cap may be inseparable now, but back in 2011, it all started as a simple offhand comment to friends.

“It was the day before graduation, and one of my friends asked me how the post-graduation job search was coming,” explained Amy. “I said ‘I will work for Ramen,’ and it got a laugh, so I thought maybe it would be fun to put it on my graduation cap.” ...


THE Nation’s thesis students are currently on average just 2,000 words of bullshit shy of their word count total, despite some key deadlines having already passed.

It is believed many final year students have been carefully researching their chosen topics, but are dangerously low on the number of filler words and phrases full of bullshit which are required to pad out their lengthy tomes.

"I’ve lost track of the amount of times I’ve written ‘it is my contention’ and I’m still a good 3,000 words off my target," explained UCD student Aaron Higgins, whose thesis entitled ‘The Longer The Title The Smarter I’m Probably Going To Appear, Well Fingers Crossed’ is severely lacking in the bullshit department. ...

"99-Year-Old College Graduate Moves Back in With Parents," The Beaverton


Lorraine Fuller, a 99-year-old woman who just graduated college plans to move her things into her parent’s basement immediately.

“Living with mom and dad is kind of my only option right now,” said the recent grad. “No way I can afford to pay rent and my student loans. Plus I still don’t know how to do my own laundry.”

Like many recent graduates Lorraine also has plans to travel the world.  “I figured I would backpack for a few months. At the very least I want to see Paris before I get sucked into the rat race.”

Lorraine, who began her studies as an undeclared student in the mid 1930’s, admitted that she didn’t take her education seriously until after the Korean War. ...


Internet site Wikipedia has shut down for 24 hours in a move that may cause Congress to reconsider proposed anti-piracy legislation and will cause at least 27 million student essays to be turned in a day late. Maybe two.

On its otherwise unavailable pages, the information supersite said proposed bills in the U.S. House and Senate threaten Internet freedom, but University of Washington freshman Josh Baldino said the bigger threat is to his History 111 paper on the Treaty of Ghent.

“It was assigned like a month ago and was due Wednesday, so I was gonna research and write it just before class but I couldn’t because Wikipedia was off,” explained Baldino. “So either I skip class or say the Treaty of Ghent never happened, which maybe is true, I don’t know because Wikipedia can’t tell me.” 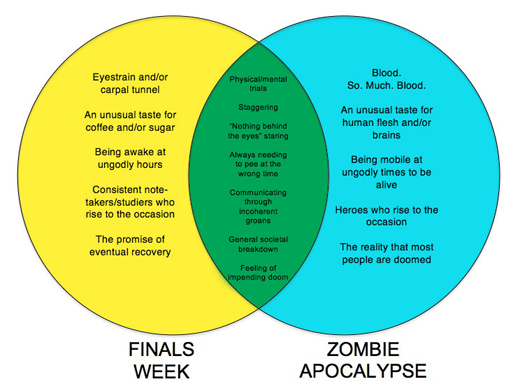