How I Lost An Earworm War.... Badly 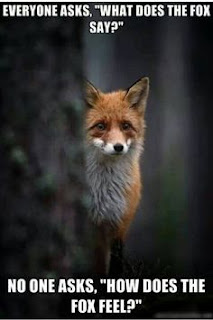 Last Friday, I warned against the dangers of earworm. And do you know what I did this weekend? I started an earworm war!

I wish that I could say that I won. But are there ever any winners in an earworm war?

To tell the story, I have to go back to last year when a local running friend moved away to Iowa. In his two years here, he had collected a number of "segments" in and around Ebensburg. For the uninformed, a "segment" refers to a feature on Strava, a social network for endurance athletes. Basically, people mark off random chunks of territory that are along their daily runs or bike routes. Then, each time someone passes over a segment, Strava collects the times and ranks them.

Since my friend departed Ebensburg last year, I have been slowly picking off his segment records. And mocking him every single time. Because I'm a jerk.

Anyway, over the weekend he noticed that I had taken another one of his records. And because I'm always looking for ways to apply salt to the wound, I posted this earworm-inducing tune:


My friend is the manager of a turkey hatchery. Yea, yea, yea.. I know it's chickens and not turkeys. But hey, close enough. It's an earworm war--and a segment war. There are no rules.

Well, he fired back with this:

He-Man doing a dance remix of 4 Non Blondes? OK, but come on. At least drop a RickRoll on me!

Here's the thing, though.... All of this happened Saturday.

Guess what song was playing in my head when I woke up this morning?

At least it didn't last all morning. During my run with another friend, he made casual reference to this pop culture oddity:

All of this leads to today's important PSA:

Just say no to earworm wars. And Strava.