From Colin Kaepernick to Feyisa Lilesa (Or, Another Round of Shameless Self-Promotion) 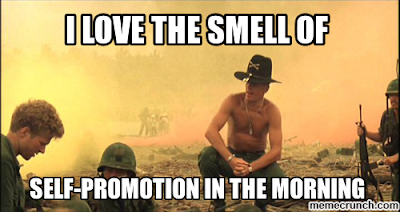 A couple of weeks ago, some folks at Oxford University Press asked if I would write something for their blog. The Kaepernick protest was in the news, so I thought that I'd do something on that. Thus, I agreed even though the "Guilt Ghost" told me that I should be working on the book.

Once I got started, I noticed that there was no shortage of Kaepernick commentary.  Specifically, there was Benjamin Zeller's excellent analysis at Religion Dispatches, which drew the idea of civil religion into the debate. That was pretty much all I had in mind. So I started aiming in another direction.

If you watched the Rio Olympics, you might recall the story of Ethiopian Feyisa Lilesa. He was the silver medalist in the marathon. But this alone didn't make him noteworthy. Instead, when he crossed the finish line, he raised his arms above his head and crossed his wrists in an X. This gesture was a show of solidarity with the beleaguered Oromo people in his homeland.

As I dug around, I saw Lilesa's protest placed in conversation with Kaepernick as well as sprinters Tommie Smith and John Carlos. But I saw another connection, that of fellow Ethiopian marathoner Abebe Bikila. In 1960, he strode barefoot through the streets of Rome to claim victory and rewrite western perceptions of Ethiopia.

At first, I thought that I could tie together the threads of Lilesa, Kaepernick, Bikila, Smith, and Carlos. But that wasn't happening. So I trimmed it down to Lilesa and Bikila. And I spent WAAAYYYYYY too much time writing, researching, and revising.

When I finally sent the post off to OUP, they replied positively. Then they asked to Kaepernick-it-up a little bit.

For starters, Rio is a distant memory. But more importantly, I had dealt with the topic of politics, religion, and sports in my entry for the Oxford Research Encyclopedia. They wanted a blog post that would mesh more seamlessly with that.

So I revised. And then I just wrote an entirely different post on Kaepernick and civil religion(s). Check it out. It will change your life.

But what to do with the Lilesa post? I have always wanted to write something for Runner's World. So I sent it there.

After complaining about my epic #Firstworldproblem on Facebook (where else), a friend suggested that I send it to Sacred Matters. So I did and it went live over the weekend. This also will change your life. Deeply and profoundly.

Both of these pulled me away from my main task of Writing the Damn Book. But they also gave me an opportunity to think through some things that have been rumbling through my brain. This is how writing seems to work for me. Ideas here and there scattered about in any number of locations. My job is to collect them and tell a coherent(ish) story. I never know what ideas and material will make the final cut. But I like to think that all of it at least lingers somewhere, tilting the narrative one way or another or giving it some added depth or clarity.