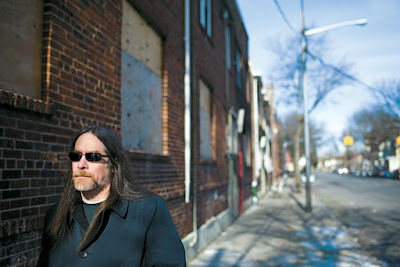 David Kennedy has my attention. And he should have your attention too.

If you are unfamiliar with Kennedy, he is a self-taught criminologist who has made it his life's work to reduce crime and violence in America's inner-cities. His approach is unique, to say the least. But frustratingly simple at the same time.


Kennedy's homicide-reduction program, called Operation Ceasefire, brought gang members into meetings with community members they respected, social services representatives who could help them, and law enforcement officials who told them that they didn't want to make arrests — they wanted the gang members to stay alive, and that they planned to aggressively target people who retaliated. The interventions worked to reduce the homicide rates.

"In city after city, what we see is you may have to do it once or twice, but as soon as the streets believe that that's what's going to happen, they change," says Kennedy. "In the summer of 1996, just a few months after we implemented this, the streets had quieted down dramatically, and they kept getting better."

So to summarize: David Kennedy brings offenders into a room. Shows them what they are doing. And offers them an alternative. His "tools" for crime prevention, then, are 1) dialogue; and 2) forgiveness.

In this video, Kennedy describes the warped logic that many of us use to think about gang members.


Basically, we assume that they want their life of perpetual instability--a life that will lead to incarceration and very likely to death. But he assures that these folks, as hardened as they seem, only act like gang members when they are around other gang members. "There’s no dumber organism on the planet than a young man with his friends watching," he quips.

Oh my, the wisdom in that quote. Wisdom that applies to young men everywhere. Throughout the world. Throughout time.

I use Kennedy in my class on Francis of Assisi when I talk about conflict resolution. In thinking about it now, I'm seeing a connection to yesterday's post. Sometimes an underperforming student just needs to know that someone is on his or her side.

The same is true, it would seem, with the "criminals" among us. But can it be this easy? Kennedy responds...


Not everybody gets how Ceasefire works or even likes it. One problem is that it’s too simple, seems too good to be true. It’s too far away from how we think about issues like gang violence, the old conviction that they’re huge, massive, tectonic, need huge, massive responses. It strains credulity that one-hour meetings can cut homicide in the worst places, that five years after the meeting it’s still changing the lives of gun criminals. It doesn’t change anything else—or so it seems—doesn’t fix the economy or the criminal-justice system. There are too many data points now, too many evaluations, all the cities where it’s worked, all the closed-down drug markets. It’s getting harder to say, on principle, 'That can’t work.' Resetting community standards, undoing toxic norms and narratives, getting the community and the police on the same page, is real change.

That sound you are hearing. That's the sound of David Kennedy dropping the mic. Because Occam's Razor has struck (shaved?) again. So yea, let's all pay attention.
David Kennedy occam's razor off topic teaching