What Coaches Taught Me About Underperforming Students

on June 22, 2016
Time Spent on book: 1 hour
Words written: Collecting
Grade for the day: D (Blarg--yesterday went well. Today, not so much) 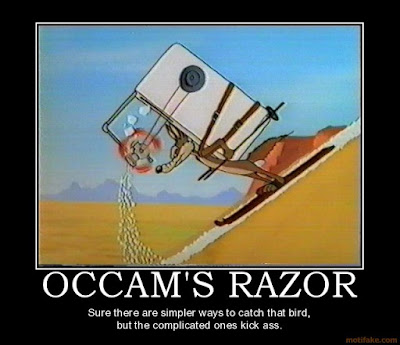 My best teaching tips have come from coaches.

Today, I went to lunch with a bunch of coaches. Somewhere in the conversation, I asked them for advice on dealing with underperforming students. I have been thinking about this for a while now. I know that there are factors that are beyond my control (preparation in high school, etc). But I can control the short time that I have in my classroom. And I am perpetually on the hunt for ways to "awaken" the dormant brain cells of those who just aren't getting what I'm selling.

We talked for a while on this topic, but they kept coming back to one point: Let these students know that you care.

One of the coaches drew on his own background. When he was a student struggling in a class, a professor insisted that he stop by his office. They set a day and time, and the professor assured that the student's coach would know if he skipped. Anyway, when they met, the professor simply expressed that he wanted the student to do better and that he was willing to help. Then they had a conversation. About stuff..and stuff.

The coach explained that, after that conversation, he knew that the professor was on his side--that he cared. More than that, though, he didn't want to let his professor down. He felt indebted, so he worked harder.

And all it took was a 20-minute chat.

I know that this won't be a magic bullet. But plenty of students--especially those who seem to be circling the grade drain every semester--wrestle with any number of insecurities. Impostor Syndrome! For someone like myself, it's easy to look past this reality. I had (and have) untold numbers of advantages coming up through the system (to include a father who was a professor...at the university where I now teach...commence rotten tomato toss).

So I had my Occam's Razor moment--you know, trim out the excess and seek the simplest solution (a philosopher vomits in violent rage at my 9 word distillation--LaBossiere, I'm looking at you). When I think about my underperformers, I can get lost in the weeds. Lectures, readings, assignments, learning suport, etc.

But starting with a conversation, with building connections might be the best and most productive place to begin.

Go Team Occam!
coaches teaching trying to avoid the fact that I had a horrible writing day