Can We Blame Muscular Christianity for "Sportianity"? 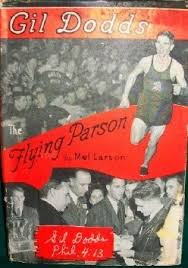 Over at the Religion in American History blog, my friend Paul Putz posted an astute summary and analysis of a series of articles written by legendary sports journalist Frank Deford on sports and evangelical Christianity--or what he pejoratively called, "Sportianity."

Deford was writing in 1976, the same year that Newsweek called "The Year of the Evangelical." You know, Jimmy Carter and that stuff. In addition to politics, the evangelical presence was also making an appearance on the playing fields of professional sports.

Frank Deford, however, was not impressed. Here's an excerpt from "The Word According to Tom"...

Until recently, the distasteful practice of having loquacious men of the cloth deliver pregame invocations larded with sporting lingo was restricted pretty much to the South and to football. But athletic religion is not so bashful anymore. Increasingly, public team prayer and public-address entreaties to the Divine Goalie or the Head Coach in the Sky are in evidence. Sportianity, as this brand of religion might best be called, is thoroughly evangelistic, using sport as an advertising medium. The idea is simple enough: first, convert the athletes, who are among the most visible individuals in our society; then, use these stars for what is generally known in the business as "outreach," an up-to-date rendering of the old-fashioned phrase "missionary work." To put it bluntly, athletes are being used to sell religion. They endorse Jesus, much as they would a new sneaker or a graphite-shafted driver.

My first encounter with "Sportianity" was by way William Baker's Playing With God.  Having read the book quickly, I thought of Deford's neologism as an extension of the "muscular Christian" movement earlier in the century.

But I have since read the book more carefully. And in doing so, I see Baker making an important distinction. We could begin with Thomas Wentworth Higginson's 1858 "Saints and Their Bodies." There, we find the author developing  a moral and aesthetic theology of athletics. He celebrates the transforming power of sports for individuals and society. Other "muscular Christians" like YMCA guru Luther Gulick did the same. Mind, body, and spirit.

Of course, all of this was wrapped in a liberal social gospel package, gendered as it was and thick with racial supremacy. And then there was the boisterous nationalism--a bundling of muscles, morals, and American exceptionalism.

But still, they were thinking about the theological meanings of bodies in motion. And if we scan the athletic cultures of Catholics, Jews, Mormons, and others of the time, we see a similar intellectual pursuit underway.

This all changed, Baker says, in the mid-twentieth century. Revivalists like Billy Graham enlisted the likes of track great Gil Dodds to bring a certain star power to evangelical outreach efforts. Along the way, the deeper meaning of sports faded away.

"Running is only a hobby," Dodds assured. "My mission is teaching the gospel of Jesus Christ."

Sports as a means to an end, a place to broadcast  evangelical identity and maybe score some converts. It is a mindset that traveled from Dodds, through the satirical pen of Frank Deford, and into the sideline gestures of Tim Tebow.

Baker isn't happy about any of this. He laments, "Gone, in the evangelical equation, are the older concerns about the relation of sports to physical health or the moral lessons to be gained from athletic competition.  For all their focus on the athletic arena, evangelicals have yet to produce anything approximating a theology of sport."

Where am I going with this...

Well, there's a part of me that doesn't want to put the Tebowesque athlete into the family tree of muscular Christianity. Then again, perhaps there are different strands of muscular Christian discourses. For every Thomas Wentworth Higginson there was a Billy Sunday, someone not all that concerned with the moral meaning of baseball. He was just busy flinging fastballs at the devil.

I need to keep thinking about this. Because thinking about these sorts of distinctions is what I do. Kinda sad, isn't it?
Frank Deford muscular Christianity Paul Putz Religion in American History blog Sportianity