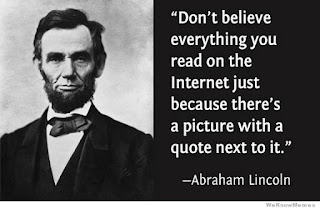 Aaron Rodgers. Good quarterback. Seems like a good guy too.

But he did something that is just beyond forgiveness. And I'm not talking about beating the Steelers in the Super Bowl. (Truth be told, I kinda liked that one. But shhhhh!!! Bad things will happen to me if that secret gets out.)

Nope, he did something FAR worse. He used a misattributed quote (the horror).

Back in the dark days of 2011 when Tebowmania was all the rage, Rodgers was asked about this phenomenon and about Christian athleticism more generally.

That's when it happened...


I feel like my stance and my desire has always been to follow a quote from St. Francis of Assisi, who said, ‘Preach the gospel at all times. If necessary, use words.’ So basically, I’m not an over-the-top, or an in-your-face kind of guy with my faith. I would rather people have questions about why I act the way I act.2

Not to put too fine a point on this.. but

FRANCIS OF ASSISI NEVER SAID "PREACH THE GOSPEL AT ALL TIMES. IF NECESSARY USE WORDS"

In a 1212 letter, he did say:  "We are spouses when the faithful soul is joined by the Holy Spirit to our Lord Jesus Christ.  We are brothers to him when we do the will of the Father Who is in heaven.  We are mothers when we carry him in our hearts and bodies through a divine love and a pure and sincere conscience and give birth to him through a holy activity that must shine as an example before others.”

And in his Rule of 1221, he did tell his brothers to avoid preaching in places where they were not given proper permission. He then added, "Let all the brothers, however, preach by their deeds."

But I guess neither of these quotes fit nicely on the back of a tee-shirt.


Start by doing what is necessary, then what is possible, and suddenly you are doing the impossible.

I actually emailed Regis Armstrong about this one--he edited three volumes of documents by and about Francis. That one just never smelled right, and Armstrong confirmed it.

The Peace Prayer. You know the one... "Lord, make me an instrument of Your peace. Where there is hatred, let me sow love."

Nice prayer. Everyone likes this prayer. But it showed up for the first time in 1912 in France. NOT IN THIRTEENTH CENTURY ITALY!

Francis did write the Canticle of Creation, though. So if you're looking for some Francis quotes go there. That's what Pope Francis did in Laudato Si', aka, "Blessed Be"--see what he did there?

So that, my friends, is another helpful public service announcement. Make sure to go forth and spread the good word. And whenever you see a misattributed Francis quote, unleash your inner Internet troll.

That's what I do.
#firstworldproblems Francis of Assisi rants