Skip to main content
Showing posts from April, 2020
View all

Time Spent on book: 2 hours Words written: Collecting Grade for the day: C (Started the week well. Not so much by the end) I'm doing a triathlon this weekend, and I have been thinking about my goals for this race.  I have learned through running that it's good to have goals. Sometimes my goal is a time or a distance. Lately, it's been more related to staying injury-free. But goals keep me focused on something , which I find helps me get out the door.   With this triathlon, though, I think that my goals can't focus too much on the event itself. After all, my "training" for the non-running events has consisted of three bike rides and one swim.  So  with that, I offer up the following set of goals for my forthcoming triathlon. They are all, as you will note, "don't"-related. Why? Because often when I "do" something, bad things happen. Don't Separate a Shoulder. Yep, I did that. The first time I "trained" f 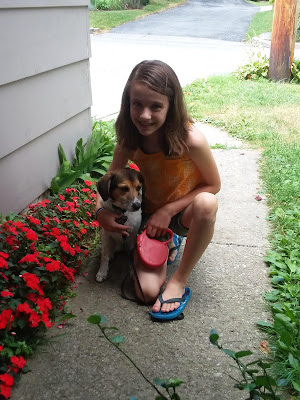 The following is a post from my 10-year-old daughter, Ruth. She is very passionate about this topic and she wanted me to share this with as many people as possible. ------------------------------ A puppy mill makes female dogs have litter after litter of puppies to sell. The workers don't care about their health or treatment, they only care about the money. The puppies are separated from their mothers, then piled in cages. You may know about puppy mills and you may not. Either way, they are awful places. Some puppies are driven in a truck, like apples or corn. Fortunately, puppy mills are regulated in Pennsylvania. Sooo... we're all good -right? Well, that's not the case. Puppy Mills may be regulated in some states, but in the chart below, it shows that twenty other states don't have any laws against them! Alabama Idaho Nevada South Carolina Alaska Kentucky New Mexico South Da 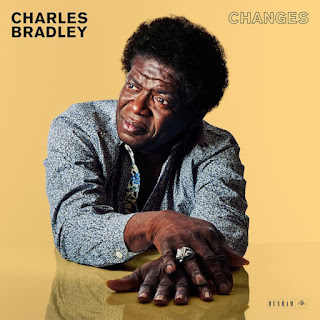 Time Spent on book: 5 hours Words written: Collecting Grade for the day: B- For years, Charles Bradley made a living as a James Brown impersonator who went by the name of "Black Velvet." Then, at age 62, he released his debut album. With three albums now under his ( Sex Machine ?) belt, Bradley's career has taken off in all directions. I had never heard of Bradley until this morning while listening to (what else?) NPR's music podcast,  All Songs Considered . They featured his cover of a Black Sabbath (!!!!) song called, "Changes." So yea, James Brown meets Ozzy Osbourne and, well... give it a listen: I was unfamiliar with t he Black Sabbath version , but it's not all that different from Bradley's rendition. So this isn't a case of Johnny Cash covering Nine Inch Nails . But it's equally stunning, creative, and captivating. This is even more the case once I learned about the musician. Indeed, the All Things Considered websit